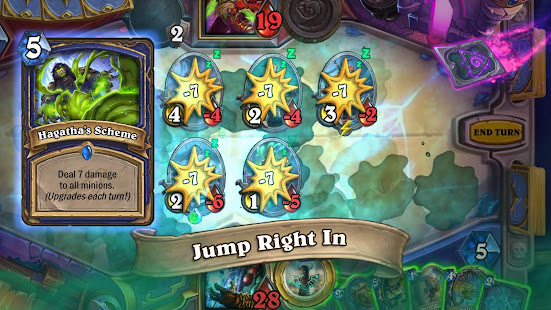 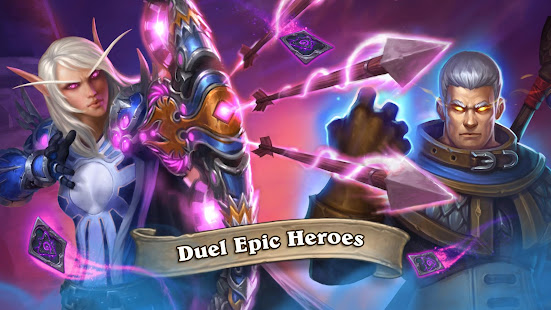 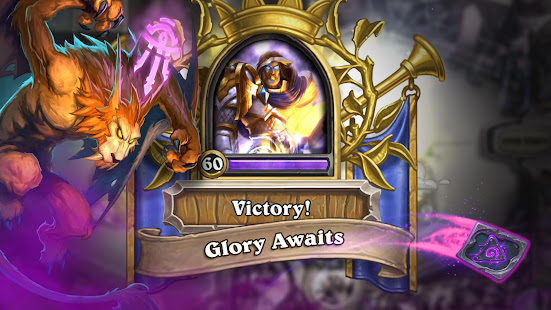 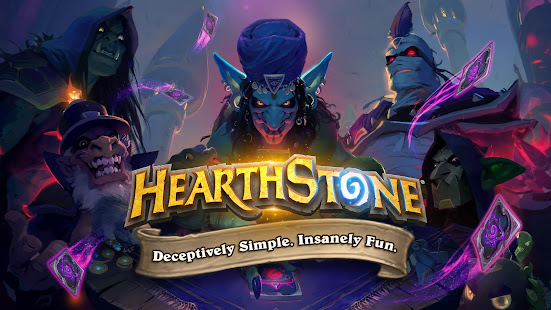 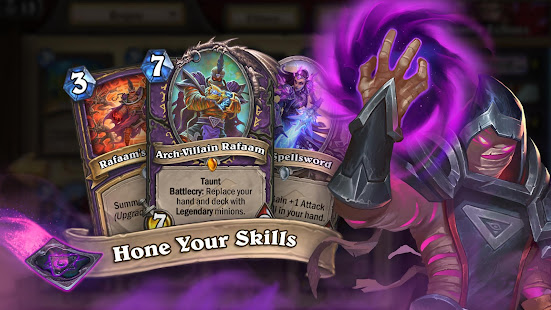 From the studio that brought you Overwatch® and World of Warcraft®, comes HEARTHSTONE®, Blizzard Entertainment’s award-winning collectable card game! Collect powerful cards and create mighty decks. Summon minions and sling spells to seize control of an ever-shifting battlefield. Wield masterful strategies and defeat all players who dare challenge you.

Experience the magic, mischief and mayhem with your friends. Clash with friends and join the millions of players enjoying Hearthstone, and DOWNLOAD TODAY!

AN EVER EXPANDING UNIVERSE. Build your deck to harness the power of amazing minions and spells - brave the mysterious forests of The Witchwood and hunt the evils that lurk in the shadows, or become a powerful Death Knight from the Knights of the Frozen Throne. Discover dinosaurs and elementals from Journey to Un’Goro. Explore dark caverns and unearth hidden powerful weapons and treasures from Kobolds and Catacombs.

DEFEAT YOUR ENEMIES, FIGHT FOR GLORY. Master your deck, and assemble powerful combos, in this fast-paced card game of cunning strategy. Seize control over the battlefields of Azeroth and experience dazzling real-time, player vs. player combat.

STEP INTO THE ARENA AND DUEL PLAYERS TO EARN AWESOME PRIZES.

YOUR GAME TRAVELS WITH YOU. Hearthstone is linked to your Blizzard Account, allowing you to play from your mobile device and desktop with ease. Play Hearthstone, wherever you go.

Whether it’s your first card game or you’re an experienced pro, the depth and charm of Hearthstone will draw you in. So, what are you waiting for? In Hearthstone, it’s a battle of wits, and building decks to create powerful strategies. Download and play today.