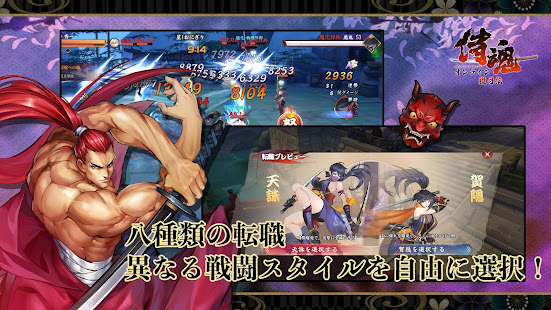 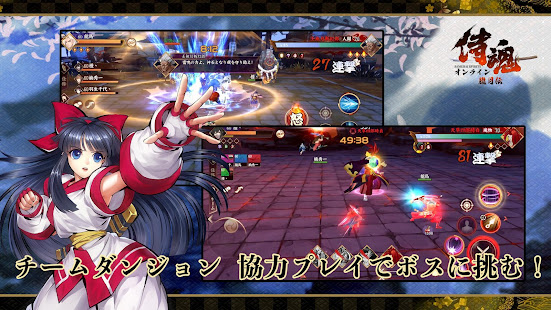 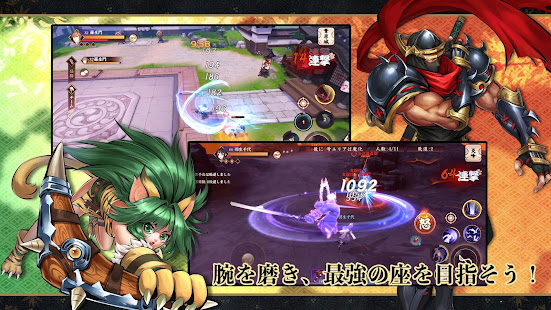 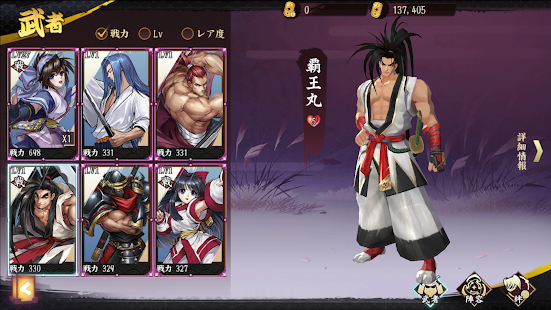 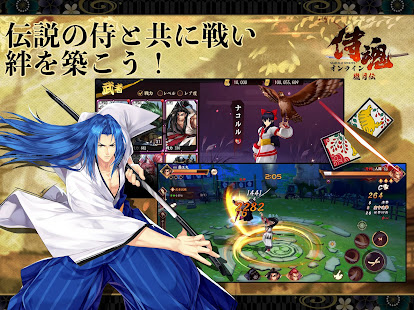 Three hundred years ago, the Dark God of the Demon World entered the human world. The monsters went back and forth, and the humans fought with the demons for decades, and the brave ones finally created soul beads with the whole body and sealed the doors of the demon world. Several years later, the warrior was forgotten and the calamity was also made a legend. However, the Makai threat has not disappeared. Rashojin Mizuki, the subordinate of Dark God. A ritual was held at Hell Shrine to release the sealed dark god. To stop this disaster, the moths headed to Osorezan.

This work is an MMORPG developed based on the world view of the popular samurai spirits game of SNK. The famous character of the "Samurai Spirits" series reappears and confronts the Dark God with you. Let the world take on Takena and open the curtain of the times!

▼ You can choose from a variety of professions
You can change from four professions: Swordsman, Ninja, Yuyu, Miko, to eight more advanced professions! Use different occupations and experience different battle styles!

▼ Abundant game contents
To reach the level MAX in 10 days, various modes are released! Compete with Haomaru and martial arts and compete with Nakoruru and Hanafuda. There are various modes such as fishing, production, and treasure hunt!
Let's capture the difficult team quests together with your friends!

▼ Comfortable exchange experience
Abundant and unique tags, make friends with the world's great masters, fight together and create the strongest clans together! Fight with your friends side by side by creating a simple team and defeat powerful enemies!

▼ "Samurai Spirits" series character reappears
Characters of the Samspi series such as Haomaru, Genjuro Asami, Nakoruru, Ukyo Tachibana, etc. have joined the assistant sword! Let's start an adventure in this world with them!

▼ Vivid costumes in a beautiful landscape
A beautiful Japanese style, recreating the Edo world! Let's wear costumes with various design costumes and get the attention of players!

▼ Gorgeous voice actors
Rin Matsuoka, Jun Fukuyama, Saori Hayami, Ayane Sakura and others are in charge of the main characters, and characters such as Haomaru and Nakoruru are the same voice actors as the Samurai Spirits series Is in charge!