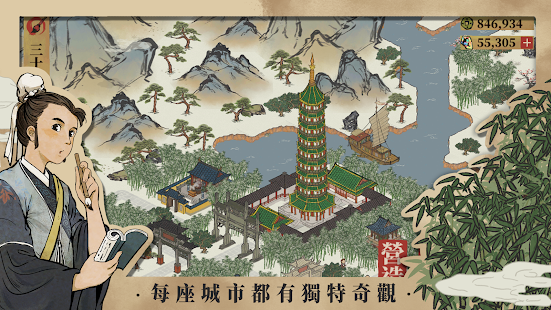 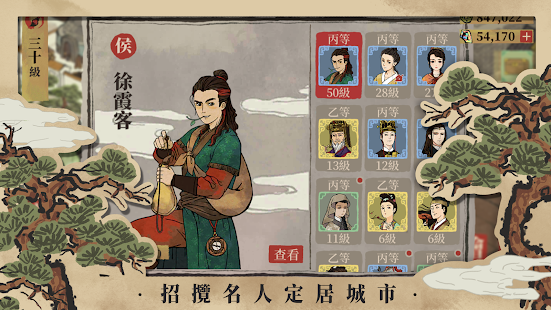 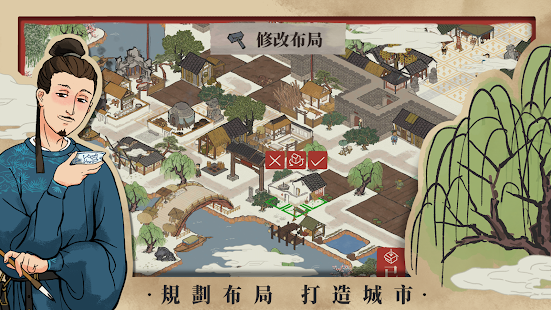 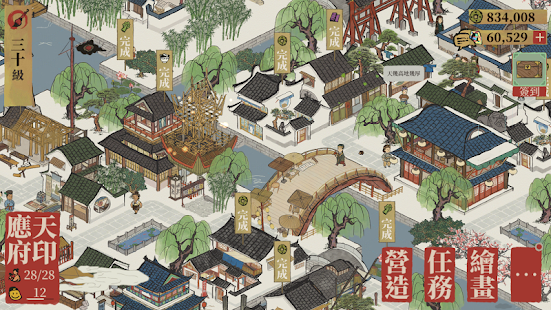 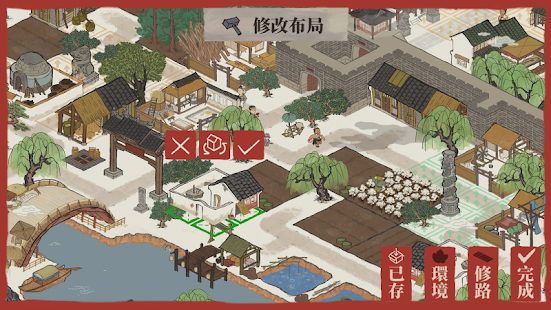 Enjoy the daily life of the water village in the Ming Dynasty in landscape paintings.

Here is your paradise, The Wizard of Oz.

painting [story]
yore, Wu Wen Zhengming wit occasionally in antique stalls to find a roll of residual painting, thought it was the former posthumous work, then home repair. However, it was found that this painting has neither a beginning nor an end, and the scenery of Daming Jiangnan can be drawn into it, and everyone is alive, and the objects are alive.
Then this painting is known as the son-in-law's relic. It was created for the rest of his life for decades, and was named "The Scenery of Jiangnan". Until its lights are exhausted, it has not been possible to draw a complete picture of Jiangnan and a complete picture of historical figures.
Wen Zhengming realized that there was not much time left, he ordered Wu Men painting students to take good care of the painting, and turned himself into a painting spirit to guard the scroll world.
Since then, the scroll has become the secret treasure of Wu Men. Hundreds of people competed to paint on it, adding thousands of waters and mountains, and drawing hundreds of souls.
During the Wanli years, Dong Qichang, a Shang Book of Rites, used his influence to forcibly snatch the painting, and hid it in the library. In the forty-fourth year of Wanli, the people copied Dong Yan, a fire that burned the Dong family's treasure together with the carved beams and paintings ...
The painting Lingwen Zhengming was awakened by the hot smoke. Seeing the city's fire in the scroll, it could not go out for a long time. The fire lasted for three days and three nights and burned the ashes of the town.
Looking at the ruins of Yingtianfu, Hengshan Jushi Wenzhengming once again raised Zimo in his hand and invited you to redraw the former prosperity of Jiangnan with bricks and tiles.

[Game Features]
- Ming Jiangnan engraved
you see, is the Ming Dynasty.
In the "Map of the South of Jiangnan", all the buildings are from Ming Dynasty ancient paintings, exquisitely engraved, and the prototype is reproduced, showing you the true ancient city of Jiangnan.
--Qingyi landscape painting style
The art style inherits the Wu style landscape painting, which is clear and beautiful, full of humanistic care, allowing you to be present and feel elegant and interesting.
--Building a City
Starting from a small farmland in Yingtianfu, operating to make money, until building a prosperous commercial center, lively residential groups, and establishing a developed freight route.
Let the residents live and work in peace and contentment, and help them drive away thieves, rogues, and other people.
Combining the characteristics of Jiangnan water village, create different styles in different cities and unlock exclusive buildings.
Immerse the city in the sound of paddles and lights.
--Planning layout
Construction and placement of various buildings will increase the prosperity and environmental value of the city and attract more residents.
The placement of the building is entirely up to you. Plan your own beautiful home.
--Immersive plot
Explore the world of Jiangnan Fanhui in the Ming Dynasty in the plot, walk into the daily life of the residents of the water village and experience the local customs.
Meeting historical figures, freehand moody and sad.
I do n’t know Shanyue, but you know it.
--Free Exploration
Explore the unknown Jiangnan world, discover strange things, and satisfy curiosity.